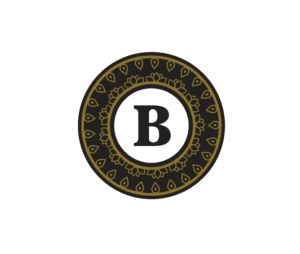 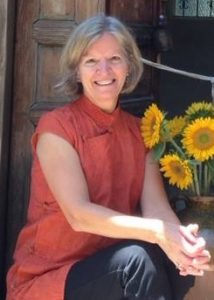 Director and Lead Instructor of Bodyworks Massage Institute since 1998

Cecile is owner, director, and lead instructor of Bodyworks Massage Institute and president of Heart, Inc., a corporation dedicated to creating programs and providing treatments to enhance health and well-being. Our roots began in 1998 with the founding of Bodyworks, Massage Therapy with Heart!, a massage therapy business created with a mission of providing compassionate touch in a calm and spiritually uplifting environment. Cecile then developed the massage training program as an extension of the philosophy of her massage therapy business, and Bodyworks Massage Institute was born. She has more than 20 years experience with hospitals, universities and corporations promoting stress management and comfort therapy programs.

More About Cecile:
Cecile has been practicing massage therapy and yoga since the early 1990s, traveling to Indianapolis and Michigan at the Health Enrichment Center for massage training, and northern California at Ananda Village to learn and practice the teachings of yoga, as taught by Paramhansa Yogananda. After her father’s passing in 1993 from cancer, her passion for practicing and sharing the teachings of touch therapies and yoga meditation created a career change from corporate finance to massage therapist and yoga instructor, and  has continued to expand to what it is today, Bodyworks Massage Institute.

“I love every day of what I do. I feel everything that happens at Bodyworks creates a greater opportunity for those who wish to learn about, and/or experience, the healing art and science of massage, yoga and meditation, to do so.  It is a joy to be able to help others reach their goals in their choice of career or healing.”

Leah has been working with Bodyworks Massage Institute since 1999 beginning as an office assistant, then becoming a full time massage therapist after completing her massage training in 2003. She has worked with the massage training institute as a Student Massage Clinic supervisor since 2004, and assists in instructing our Spa Treatments weekend workshop.

More About Leah:
Leah continues to be instrumental in the operations of Bodyworks, assisting in daily activities and managerial decisions. She enjoys her career as a massage therapist as it is the one career that always gives back; giving massage to others also helps her stay centered, grounded and focused in all other areas of life.

“I decided to take the massage therapy course because I have always been interested in natural healing modalities.  My mother is also a massage therapist and I was raised in an environment where I could see, and feel, the benefits of massage. Becoming a mother myself, I now have a deeper understanding of the power of touch. I love being able to offer clients relief from their pain, stress and the daily grind of life.  I am so thankful to have a career that I enjoy and I know is so helpful to others.”

Emily has been working with Bodyworks Massage Institute since 2006 as a licensed massage therapist with her focus being fertility, pregnancy and post-partum massage. She has worked with the massage training institute as a Student Massage Clinic supervisor since 2007, teaches Anatomy and Physiology and Pathology, and instructs our Spa Treatments class.

More About Emily:
Emily has a Bachelor of Science Degree from Purdue University in Child Development and Family Studies, and worked in social work with families and children after graduating from college.

“I have always loved helping others.  Before training to become a massage therapist I was a social worker with families and children. I wanted to continue helping people take care of themselves and get through stressful times in their lives, and have found that massage therapy can guide people through some of the toughest times in life. Almost everyone goes through periods of being mentally and physically drained from work, family life, illness, taking care of sick or dying family members, etc., and I feel that even a short amount of time on a massage table can help heal on physical, mental and emotional levels. Massage therapy has helped me through many emotionally trying times in my life, from the birth of my children to the passing of my father.  Touch is a very powerful healing tool.” 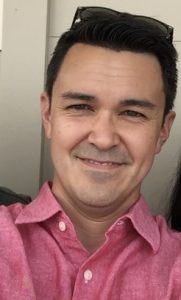 Shawn graduated Bodyworks Massage Institute and has been working for Bodyworks since his graduation. He is seeking to build his clientele by working in various modalities including therapeutic, sports, deep tissue and out call services.

Shawn enjoys making a strong connection with his clients and working with them to bring relaxation and relief. He also works as a firefighter with the City of Henderson and is passionate about helping people in both professions.

Shawn loves travel and experiencing other cultures and spending time with family and friends. 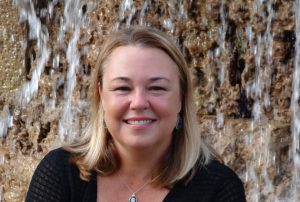 Chastity graduated from Bodyworks Massage Institute and has been working for Bodyworks since graduation. She enjoys working with various massage modalities including therapeutic, sports, deep tissue and Reiki.

Chastity has a Bachelor of Science Degree from the University of Southern Indiana where she majored in business management and marketing.  After college she went on to get her Real Estate License and specialized in and Commercial Property Management, sales, and leasing. In 2005 she moved from Evansville to New Harmony and began working for the Department of Natural Resources as the Assistant Property Manager of Harmonie State Park.

She enjoys going on adventures with her husband and young daughter, painting, swimming, hiking, concerts, and spending time with family and friends.  She lives on a hobby farm and enjoys gardening, taking care of her orchard, and tending to her animals.

“In my heart I have always known I wanted to be a massage therapist.  In 2016 I took a leap of faith and began working towards fulfilling this dream.  I have a passion for helping others and through massage I am able to connect in a way that helps heal mind, body, heart, and spirit.” 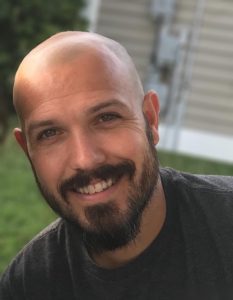 Brian graduated from Bodyworks Massage Institute after many years of study in bodywork modalities including Myofascial Release and Kinetic Chain Release. Years of working as a Physical Therapy Assistant fueled his passion for healing in multi-cultural methods.

As a child, Brian spent a lot of time massaging his mother’s back to ease her aches and pains, and his passion for bodywork grew from there. He first began to consider massage therapy as a career in 2001, but life went in another direction.

Brian graduated from University of Evansville in 2011 as a Physical Therapist Assistant, then discovered Myofascial Release (MFR) shortly after in 2012 and fell in love with the approach to bodywork. He discovered Kinetic Chain Release (KCR) through a MFR practitioner from Scotland, and traveled to study under Scottish Physical Therapist, Hugh Gilbert, in 2014. Brian is the only KCR Practitioner in Indiana.

KCR has allowed Brian  to travel to Scotland and Hawaii to learn. Through KCR and traveling to Hawaii for an 8-day advanced level KCR workshop, he developed a love for the Hawaiian culture and their methods of healing.

Brian has enjoyed staying active and working out his whole life. He has practiced yoga since 2000 and loves to travel and learn.

He enjoys spending time with his wife and kids, reading, staying active, meditating, and learning. 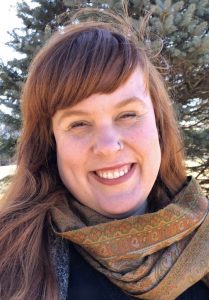 Kristen is excited to be a part of the wellness community within and surrounding Bodyworks. Since 2005 she has felt the calling of her heart to the career of massage therapy and graduated from Bodyworks in 2019.

More About Kristen:
Kristen unschooled for nearly all of her school-age years driven by a love of learning. Encyclopedias, dictionaries, and all manner of reading material, along with her curiosity of the wisdom of the natural world has turned her into a self-proclaimed “student of the universe”. She looks forward to continuing her education in massage and bodywork by studying energy modalities such as reiki and polarity therapy, as well as pre-natal and hospice massage.

Kristen enjoys working with individuals of all ages and body types on their journey of self-care and well-being. In her down time she retreats for quietude to her small hermitage in the woods, recharging with yoga, meditation, and cooking with friends. She finds joy in exploring other cultures through their cuisine and dance. Laughter is important to her so she spends time with her family because it is with them that she can laugh her deepest.

“For many years I have wanted to become a massage therapist, and finally I have been able to answer the call of my heart by becoming first a student, and now a graduate of Bodyworks Massage Institute. The experiences I have had working with community organizations has helped me to develop a profound awareness of holistically healing the body, mind, and heart. Massage therapy is a profession that I can carry that awareness into.”